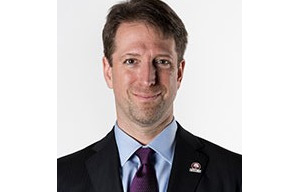 Prior to FINCA, Mr. Tarrant worked as a Director at the American Business Center, an organization that provided consulting and market research services to Western companies operating in the Russian market. He also worked as a Business Analyst in the Corporate Finance division of MCI, a global telecommunications company. Mr. Tarrant has over 20 years of management experience in Russia and the CIS countries.

Our Board of Directors brings a breadth of expertise and dedication to providing access to responsible financial services.